And look over there! something is tumbling down!

Just look at that!

​In TATTARЯATTAT!(*) species and individuals stand on, under, between, next, above, before, behind or opposite each other.  A plank meets a beam. A woman smashes into herself. Large watches small. Abstract chats with itself, or argues with concrete. What’s the sound of blue? What does flat do? How much is firm?

TATTARЯATTAT! is a moving expressive work that categorizes, classifies, organizes, but also dances, sings and dreams. a festive discovery of difference and resemblance that can be lived and interpreted  by both parent and child.

​(*) tattarrattat is the longest palindromic word in the oxford english dictionary. James Joyce used it Ulysses (1922) for a knock on the door: 'I was just beginning to yawn with nerves thinking he was trying to make a fool of me when I knew his tattarrattat at the door.' 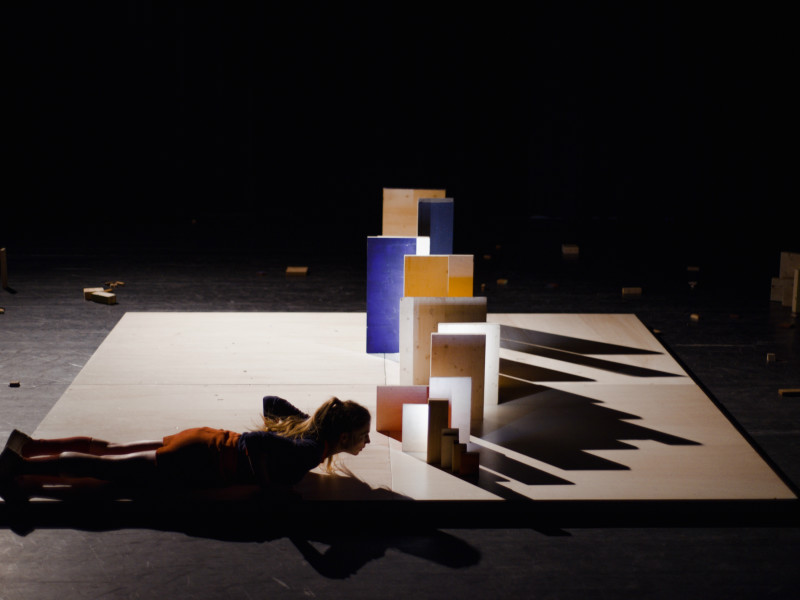