In a pit. A soldier. On guard. He’s waiting.
In a different pit. A little further. Another soldier. The enemy.
The enemy is a wild beast. It kills women and children and dogs as well

And after that all the animals.
That’s what the war manual tells us.
The enemy is closeby. He’s invisible. Sometimes he can be heard.
The soldiers fire one shot every day. They never hit target. They’re waiting.
They’re waiting for the end of the war.
They want to go back home to their families.
They’re waiting.
Then one soldier decides to sneak up on the enemy in the middle of the night.
He will kill him in his sleep. They will end the war and then he can go home again.
At the enemy’s pit, a big surprise is waiting for him.

A poetic, visual and funny story about the human dimension of war.

Inspired by the children’s book ‘The Enemy’ of David Cali/Serge Bloch, translated by Wim Opbrouck. By and with Thaïs Scholiers, Dimitri Duquennoy, Filip Peeters, Heleen Haest and Wim Bernaers or Klaartje Vermeulen. 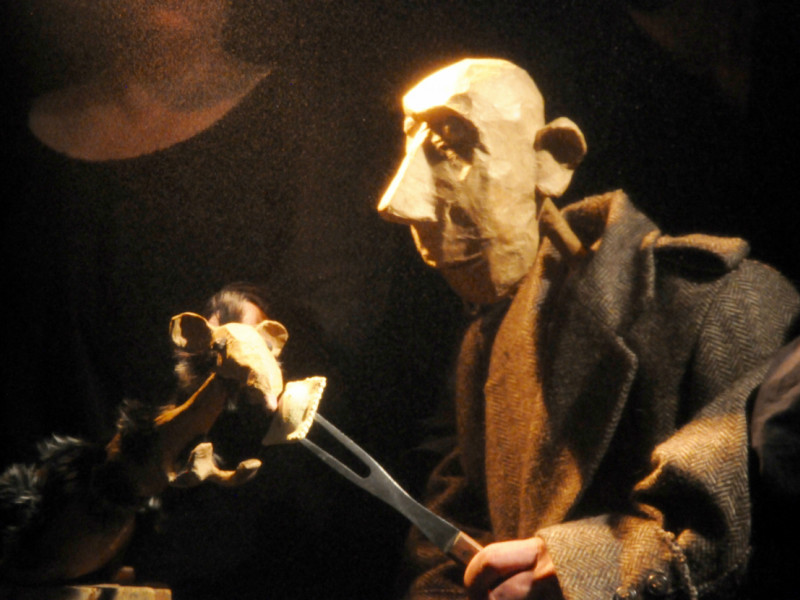