Compagnie Frieda has already realized several beautiful projects such as ‘My dinner with Frieda’ ( Wintervuur 2009).
With pleasure Froe Froe takes this production full of young talent and with a big love for kids and art under its wings. Since several Compagnie Frieda members co-operated in previous Froe Froe productions as a costume designer, actor, stage designer, architect, this was an obvious choice that has enriched us in a tremendous way!
A little story about a bigger and bigger love.
“All I want to do is ride bikes with you and stay up late and watch cartoohoons...”

"HAPPILY EVER AFTER" is a minimalistic, poetic puppetry show.
The miraculous story without words about a boy and a girl,
about tall and small, about nearby and far gone,
about love and longing and being best friends or even something else.
Once upon a time...Or rather, twice upon a time
Once upon two timesOr rather,
Once upon one and two,Once there were two,
(yes two)two friends,
They were a boy and a girl,
and little short people,
and after lots of desire,
and still some more desire,
AND HAPPILY EVER AFTER
and they lived on… 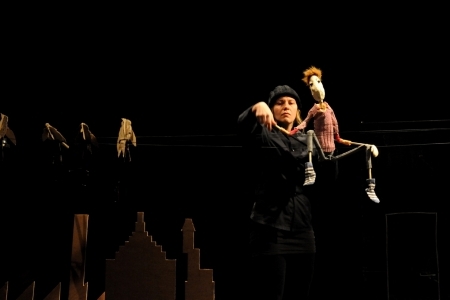 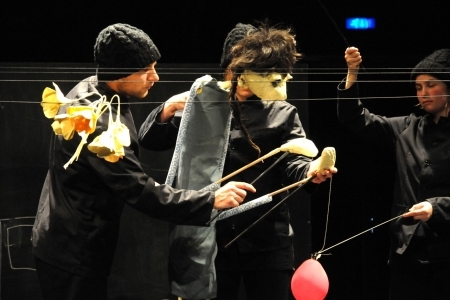 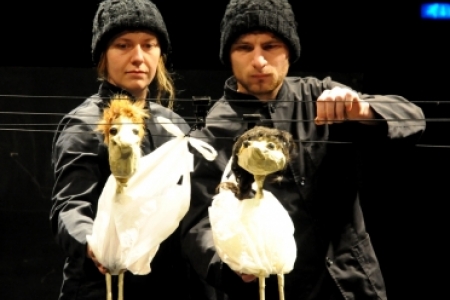 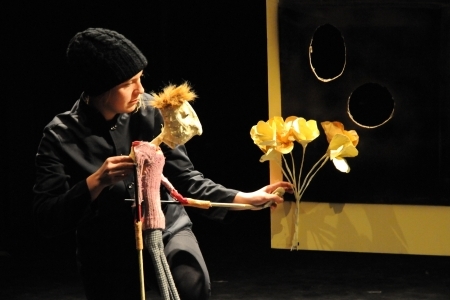 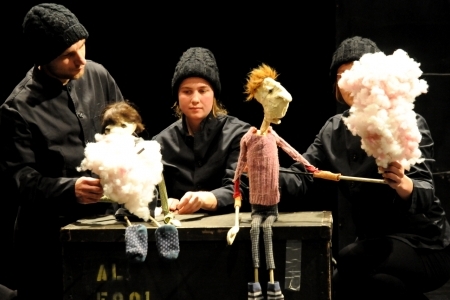 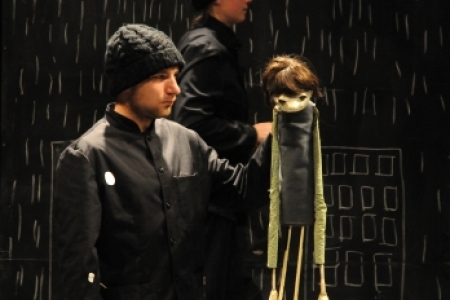 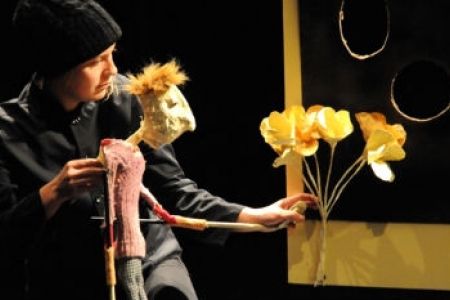 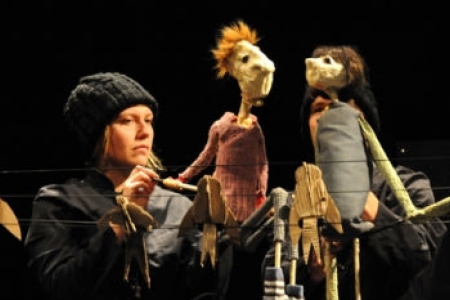