THE FROG PRINCE After the famous illustrator Janosh
A splashing production for both adults and children over 5 years old.

In our own theatrical installation, the small world of the frog prince is magically turned into a lovely paradise filled with bubbles and water. Dive into a performance in the middle of a pleasant world humid and green, loaded with absurd and surrealistic elements. The stake is obvious, prejudice is the message. A splashing greenish adaptation of the FROG KING.
Four actors-puppetfreaks-video producers and musical animals create an extremely harsh but incredible poetic version of this well-known fairytale. Light-hearted and a bit naughty but above all extremely cosy, all together with our feet underwater.

PRESSE:
"If you want to build up the theater public for tomorow, this is where you take youre children to."

With puppet show, astonishing performances and video creations of the one and only Hilde De Baerdemaeker and the tall Gert Dupont, with live music and dazzling play of the virtuoso Martine de Kok, video and soundscapes of Andy Giebens and Elke Verachtert. All of this under the direction of Marc Maillard.
Decor, costumes, props and puppets of the gigantic studio of FroeFroe with mainly Ina Peeters, Gert Dupont, Bruno Smeyers, Roos Janssens, Krisje Scheurweghs, Jo Swinnen, Jan, Patrick and Marc Maillard and others. With the assistance of the trainees Hanne Duys, Caroline Wardenier, Jana Elslander and Lien Baeyens.

The little girl returns the ball.
The frog prince thinks: “It doesn’t matter if I promise her this or that, she’s just a stupid woman and women can’t swim.” But how could the frog now that the girl was in fact an enchanted frog princess. 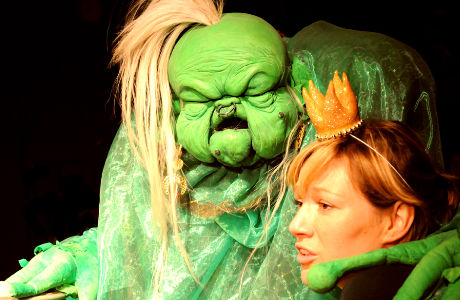 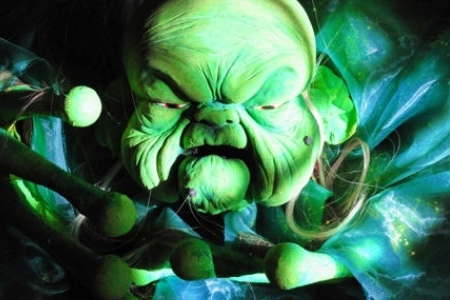 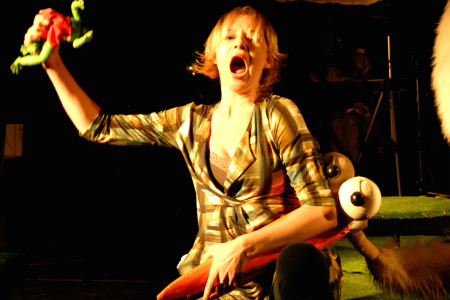 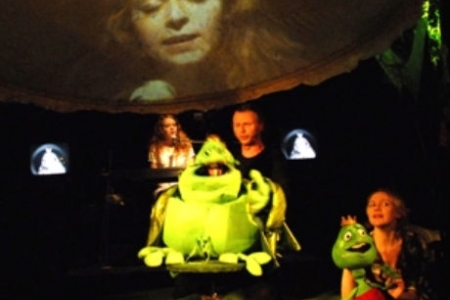 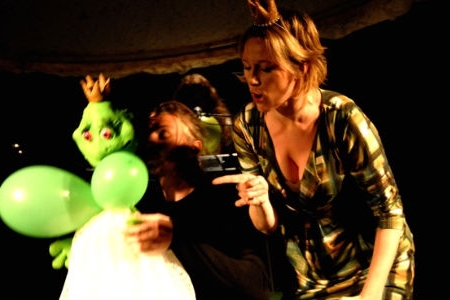 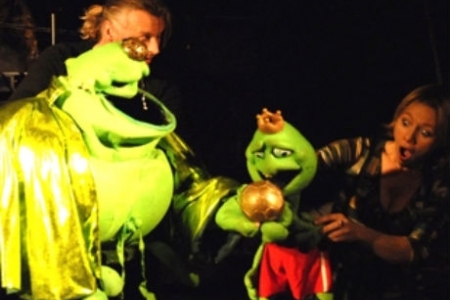 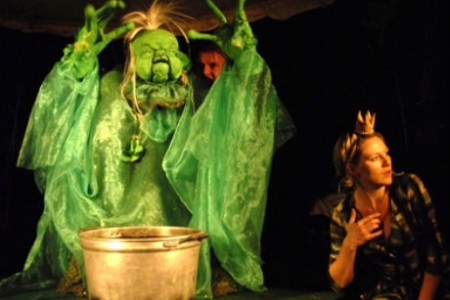 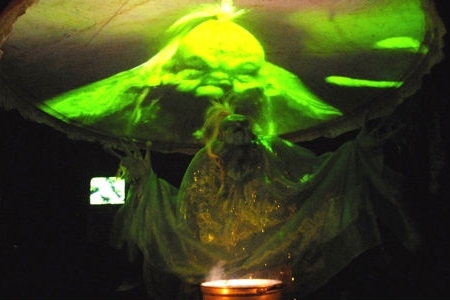 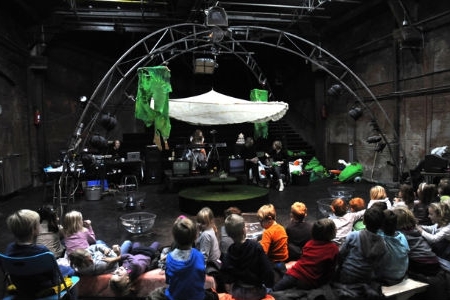 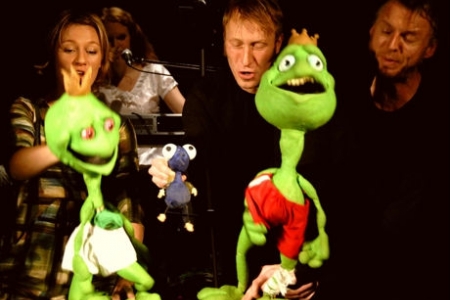 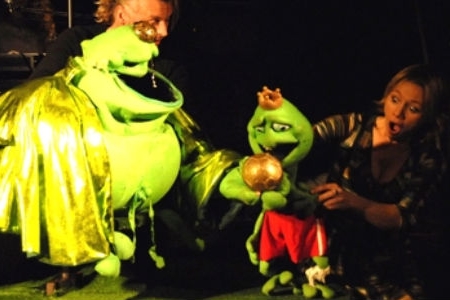 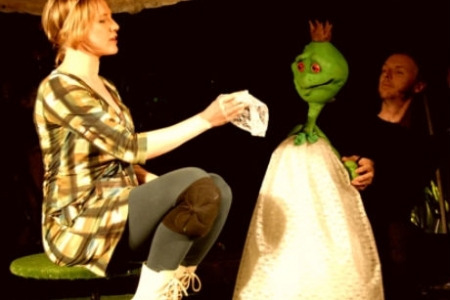 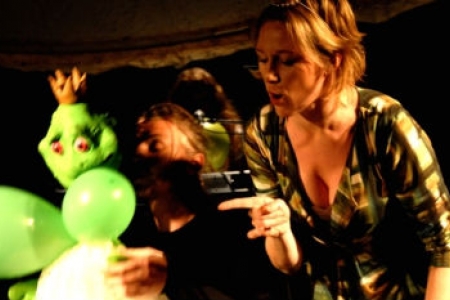